5 May 2017 – Tai O Heritage Hotel has received more than one million visitors and guests since it opened doors five years ago. Through conservation of the Old Tai O Police Station and organising more than 100 community engagement programmes, the Hotel not only strives to preserve the unique charm of the fishing village and the neighbourhood, but also works with the local community to develop Tai O into an ecotourism hotspot. By promoting local employment, the Hotel also supports Tai O’s economic and sustainable development.

In celebration of the fifth anniversary, from now until the end of the year, the Hotel is staging a series of celebration programmes for locals and tourists to promote heritage conservation and revitalisation in Tai O.

Speaking at the gathering, Mr Daryl Ng thanked the government, the Tai O Rural Committee, the Tai O Chinese Chamber of Commerce, the Hong Kong Marine Police Retirees’ Association and Tai O residents for their support, ‘Tai O Heritage Hotel is part of the Tai O community. In the past five years, we have worked together to promote the conservation of building heritage and ecotourism in Tai O, as well as supporting local employment and economic development. Presently, over half of our staff are Tai O and Lantau residents. In addition to providing free daily guided tours, the Hotel has also organised over 100 community programmes, including traditional cultural activities, community services, and home care services for the elderly living in Tai O.’

Mr Ng also noted out that since its opening in 2012, the Hotel has received more than one million visitors. Moreover, the Hotel has won international recognitions, including the Award of Merit at the UNESCO Asia-Pacific Cultural Heritage Awards 2013 in addition to being voted ‘Asia’s Leading Heritage Hotel’ at the World Travel Awards™ 2016. He added that the Hotel would continue to work with the Tai O community in conservation, ecotourism and sustainable development.

The Fifth Anniversary First Day Cover series, priced at HK$150, will be on sale at Tai O Heritage Hotel from 16 June 2017. This is a limited-edition item with only 1,000 pieces issued. All sales proceeds will be pledged for heritage conservation and Tai O community activities to support conservation and revitalisation and promote ecotourism in Tai O.

From now until 31 December 2017, Tai O Heritage Hotel is introducing a series of Fifth Anniversary Special Offers, including up to 50% off dining offer. Local residents and tourists are cordially invited to visit Tai O and experience the local community, appreciate the beautiful scenes, savour the delicious Tai O specialties and join the eco-tours.

In addition to promoting Tai O culture, Tai O Heritage is committed to promoting ecotourism in Tai O. In the coming summer, the Hotel will launch a new Explore Tai O Package. Visitors will go on a guided trip to the disused salt pan, which was once Hong Kong’s largest salt pan and experience Tai O’s salt-making industry, and enjoy a relaxing boat trip on the way back with an array of refreshments while indulging in the magnificent views of the charming fishing village. 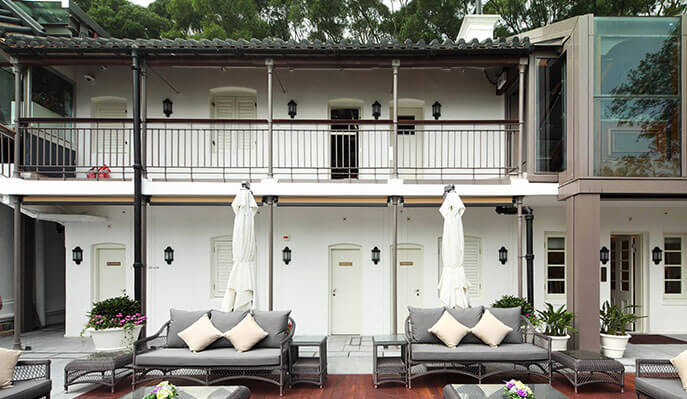